Join The Fan Lab, a private Fandom research community for users in the US and UK where you will be asked to share your opinions on all things gaming and entertainment! Click here to see if you qualify

In Creative Mode, the spawner's range of detection can be customized to up to 16 blocks in 5 directions when the spawner is counted as the 1st block in any direction. The number of Fauna that will spawn can be customized to any number between 0 and 999 and can be set to include up to 4 different types of Fauna that have a chance of spawning. This means that the different types of Fauna you select to be able to spawn will not necessarily spawn in an equal ratio to each other. 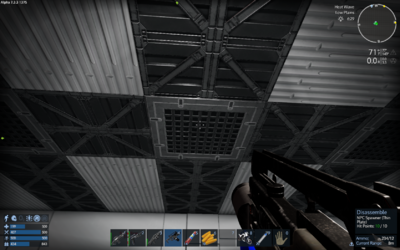